Formula SAE® is an international collegiate competition that challenges students to design, develop and competitively race a Formula-style racecar. Beyond the exhilaration of race day, participating university clubs are given real world automotive engineering experience all the way from design and development to finance, manufacturing, and marketing.

The University of Connecticut’s School of Engineering has had a Formula SAE team since 2009 and recognizes the event as an opportunity for its members to learn and improve through hands-on experience.

From the trial and error of previous competition years, the UConn team realized they could use a 3D CAD model of their engine as a stepping stone to a better, more efficient design. All they needed was the 3D data, but it simply wasn’t available.

After researching 3D scanning specialists in their area, the team reached out to Bolton Works for help reverse engineering an accurate engine model. Using 3D Systems’ Geomagic Wrap® software, Bolton Works imported 3D scans of individual engine components before using Geomagic Design™ X to create feature-based solid CAD parts that were then transferred automatically into SOLIDWORKS MCAD software. Once the final 3D CAD assembly was complete, the team was able to tailor their design like never before.

“Not only were we able to create a much more intricate intake mount that interfaced with the engine,” said Jon Sobanski, Chief Engineer, UConn Formula SAE, “but we were able to actually design a racecar frame around the engine for the first time.” 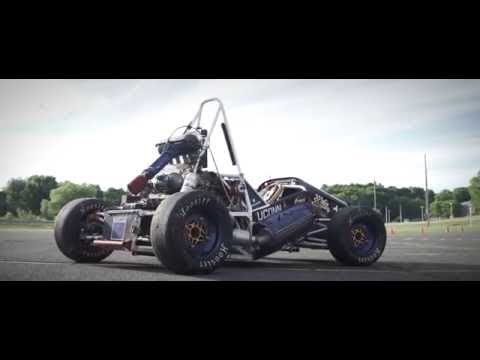 Take Your Scan Data to CAD with Geomagic Design X