Since 1930, Fisher-Price has been making some of the most popular toys of all time, many of which have been elevated to cult status by antique collectors and toy museums.

Part of the reason for the huge popularity of these toys is their ability to stand the test of time. Some of the same toys that were in production 40 years ago are still flying off store shelves today. But as technology has progressed, the same toys have become more elaborate and realistic. There are also more choices of add-ons and accessories, creating even greater variety for consumers.

From Hand-Sculpted Parts to the Digital Age

Fisher-Price began in East Aurora, N.Y., with 16 toys in production. Today, the company has more than 950 employees and produces thousands of toys. Until about 15 years ago, the toy prototypes were hand-drawn and built by skilled model makers using manual milling machines and lathes. 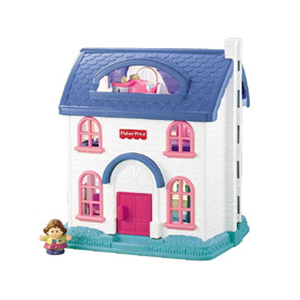 "Back then an engineering model would take three to four weeks to create," says Dave Mills, senior digital sculptor and CAD specialist. "The process was hardly rapid, and the toys had very simplistic shapes compared to what we have now. It was also very hard to get the accuracy you needed."

By the end of the 1980s, engineers were beginning to model the toys in CAD programs, making the models and master patterns with rapid prototyping machines, and milling them with computerized CNC machines.

"But it was not until we started using Geomagic Wrap software that we were really able to digitally model parts with ultimate accuracy," Mills says.

Geomagic Wrap software from Geomagic takes scanned data and automatically computes polygon or NURBS models. It provides a key component for implementing digital manufacturing processes that allow companies to differentiate their products in the marketplace.

Mills likes to use a recent reverse engineering job as an example of how digital manufacturing has helped make his job easier.

The Fisher-Price Loving Family Dollhouse, introduced in 1978, has become one of the more popular items in the company's long list of toys, with more than 100,000 produced each year.

About a year ago, the production mold for the dollhouse was beginning to wear and soon might begin producing flawed toys. But because the toy is so popular, the company did not want to stop the production run.

"We couldn't use the existing mold to create a new one because we couldn't take it off the line," Mills says. "So we had to come up with another way to produce a new mold."

Engineers measured the dollhouse dimensions and made drawings to recreate the general model in PTC's Pro/ENGINEER software. But there were still many intricate parts to the house - such as the bricks, ivy, trellis and a bird's nest - that would be more difficult to reproduce. 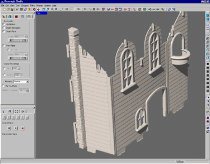 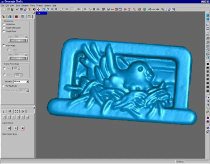 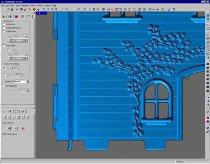