At this point, it’s fairly safe to assume you’ve heard of 3D printing. Not necessarily because the technology has been around for 30 years, but because it’s gotten considerable coverage over the past few. The way we see it, this coverage will continue for a while longer, but then people will no longer be surprised that something was made using 3D printing. Why? Because of course it was! 3D printing is an exceptionally versatile tool, and as we perfect the technology, expand its applications and enhance its integration, it will reach a level of ubiquity that only common sense can dictate.

Forecasting aside, we’ve made tremendous strides in 2014, and as we brace for an invigorated launch into the New Year, let’s take a moment to reflect on the highlights of the last dozen months.

English Racing turned to 3D printing this year after destroying several engines of their high performance sports cars. The team’s engineers envisioned and 3D printed a stainless steel pulley that could tolerate the demands of the racetrack. Although English Racing reached 184.9 miles per hour and won their class competition, the speediest thing about their process was the fact that creating this integral end-use part took only 5 hours. 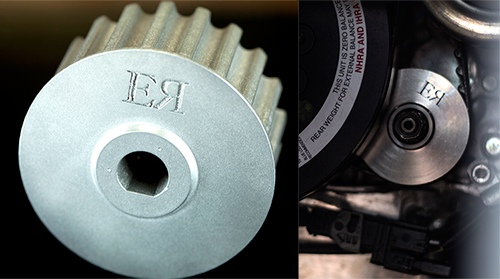 3D printing set new records for the pace and precision of customization this year with the development of our continuous high-speed, fab-grade 3D printer. Perhaps most easily conceptualized as a modern-day assembly line, this new machine offers production speeds 50 times faster than contemporary material jetting technology, which translates to 4 billion drops of accurately placed materials per minute. The machine utilizes a revolutionary new racetrack configuration, which allows for 3D printed parts to be taken "off-track" for any number of traditional pre- or post-processing manufacturing steps. This marks the beginning of a new era in hybrid manufacturing.

This year, 3D printing made history (quite literally) as it was used to help the Smithsonian Museum preserve national artifacts, including the 3D portrait of United States President Barack Obama. Researchers also utilized 3D technology to transport a 6-to-9-million-year-old whale fossil, weightlessly and without damage, from a Chilean desert to the Smithsonian Museum of Natural History, and then distributed the 3D fossil data online for the whole world to access and print. 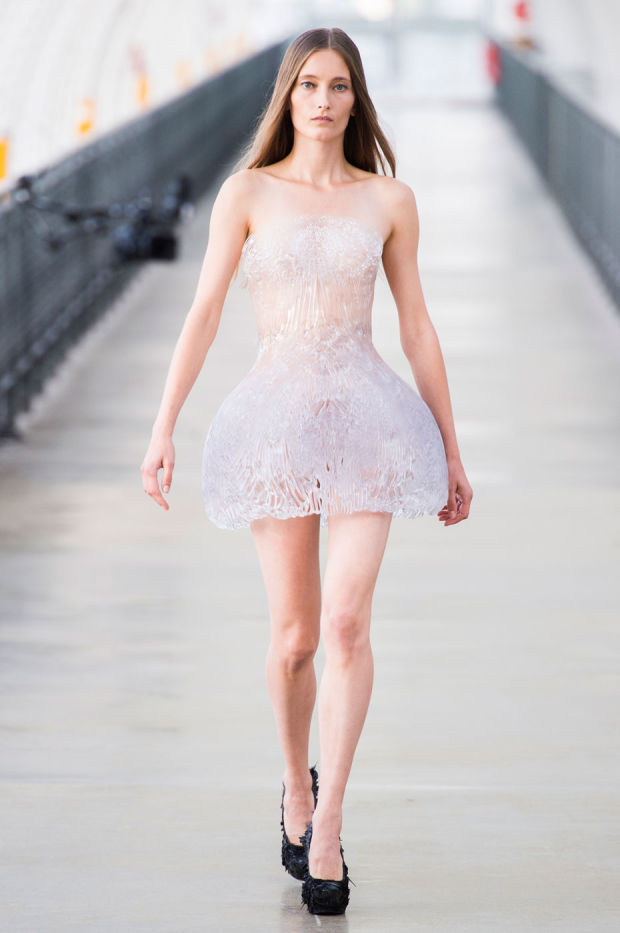 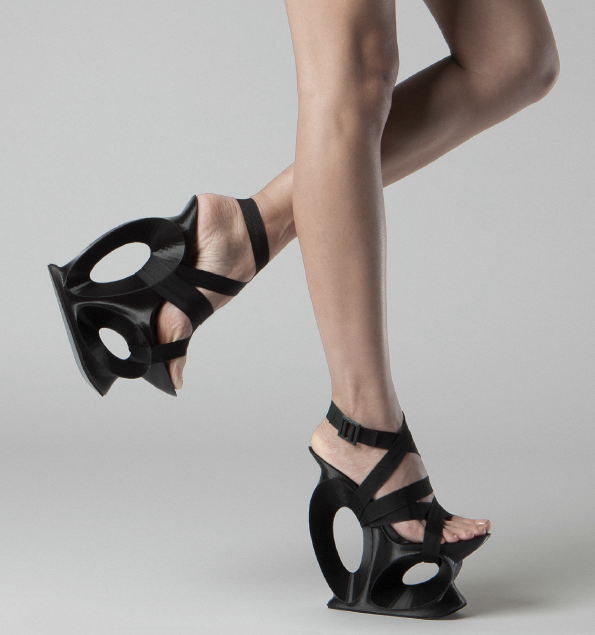 The extreme customization of 3D printing makes it a technology suitable to any tastes, and this year, we took that literally with the first ever food 3D printers, the ChefJet series. The closest thing to a real culinary wizard, the ChefJet Pro is capable of colorful and flavorful edible 3D prints in sugar and chocolate. Because we recognize that not too many people have had 3D recipes passed down their family tree (yet), we have developed a digital cookbook in tandem with the printers to provide an easy way for 3D printable confections to be designed and made real in flavors like chocolate, vanilla, mint, sour apple, cherry and watermelon. It may sound like something out of science fiction, but  food 3D printing will shape the way we fuse technology with the traditional culinary arts. 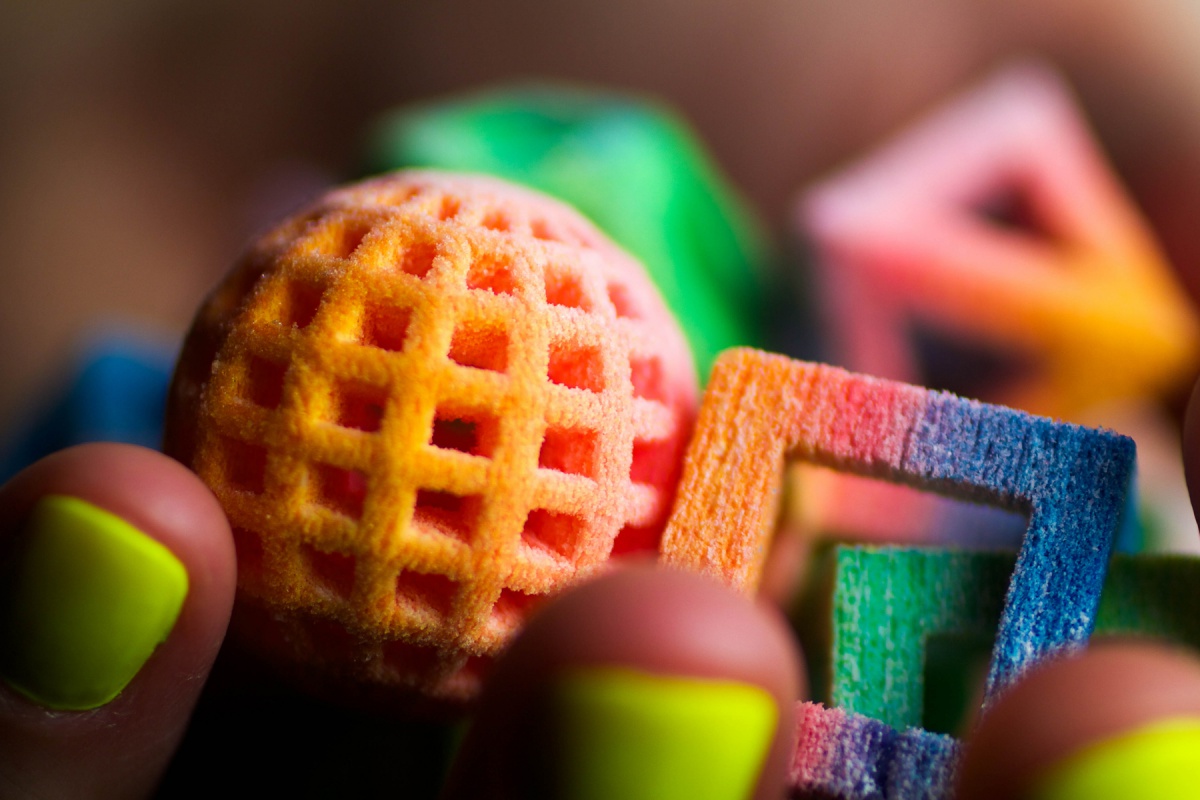 This year our President and CEO, Avi Reichental, delivered what soon became one of the most popular online TED Talks on the impacts and implications of 3D printing. Avi explained how 3D printing is returning us to a hyper-local economy powered by digital craftsmanship and illustrated exactly what he meant through a personal anecdote and printed example. Avi delivered his talk wearing shoes that he had 3D printed, and which honored his grandfather who had earned his living as a cobbler many decades ago. In this way, Avi demonstrated and shared how 3D printing is enabling us to honor our past while enhancing our present and future. Click here to watch the Avi’s full talk. 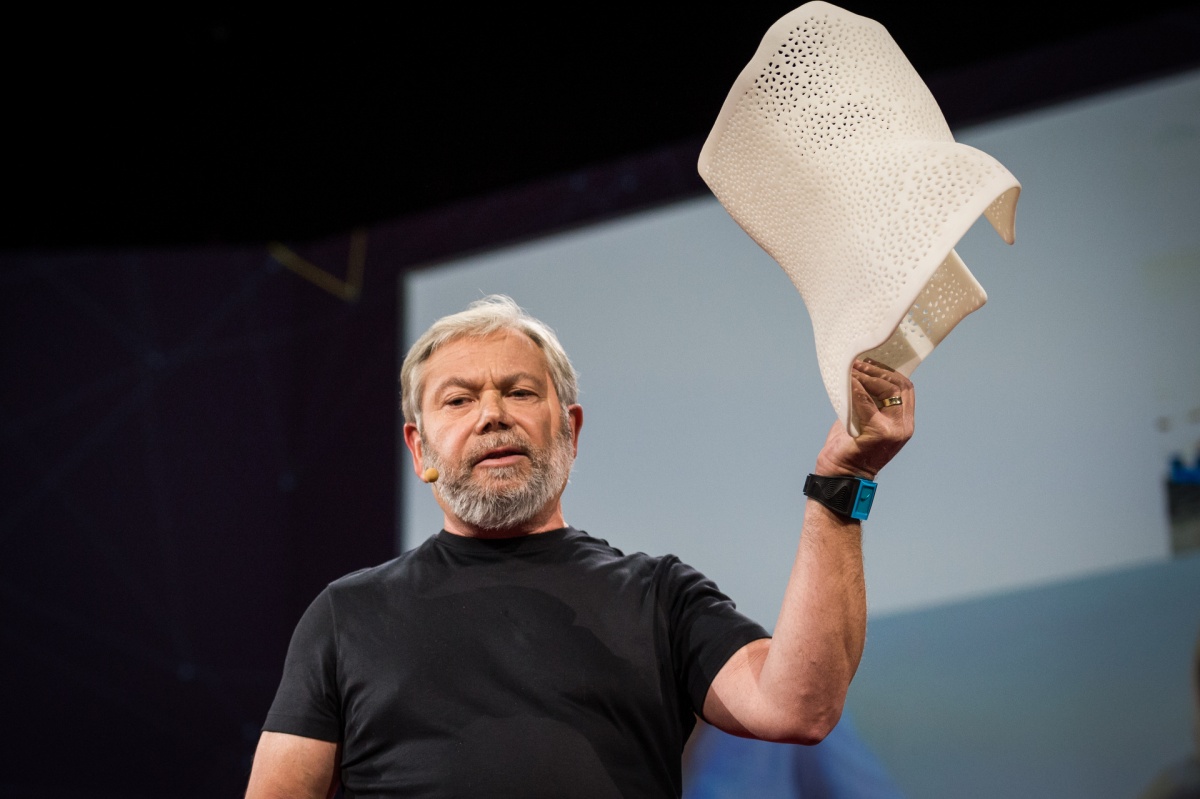 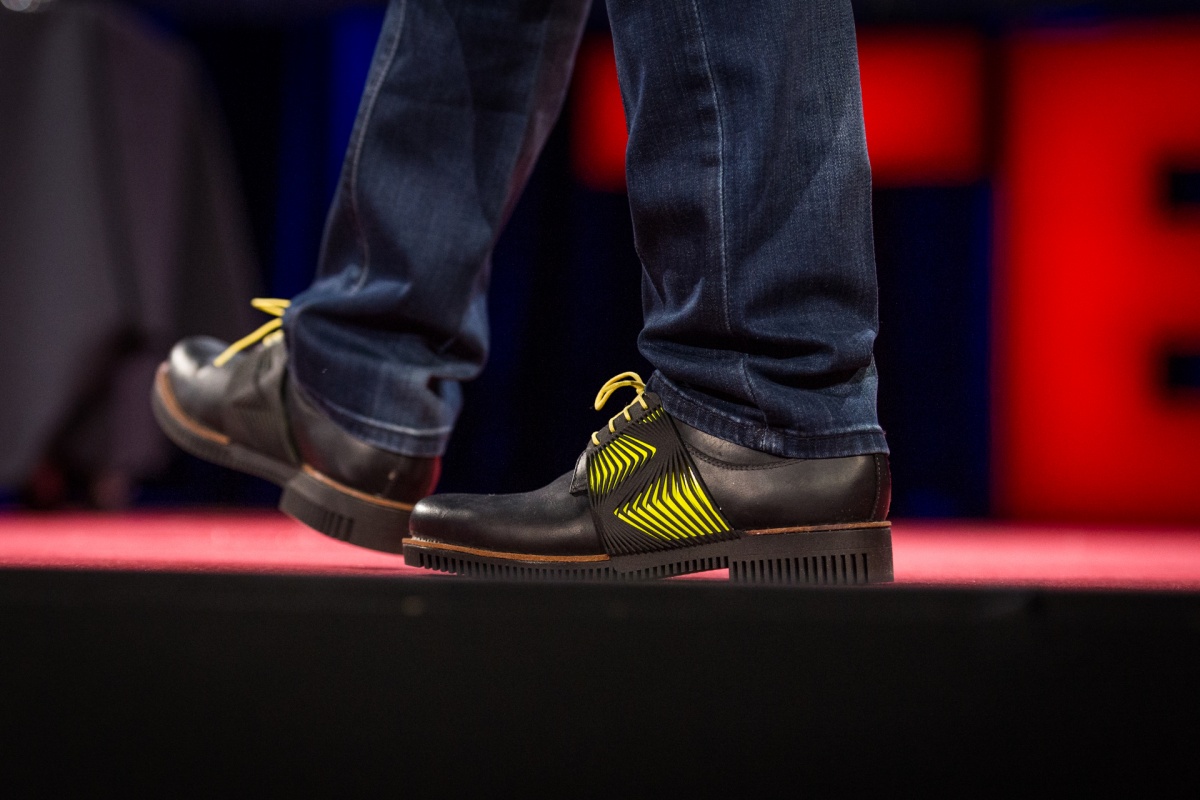 2014 was a seminal year for the spread of digital literacy through the installation of 3D software and printers in high schools and museums across America, the support of TopCoder, Millennial Trains Project, the World Maker Faire, and the flagship STEM initiative, Be An Engineer. We at 3DS were happy to have had so many opportunities to connect with hobbyists, engineers, tinkerers, tech enthusiasts, students, teachers and creators of all ages and experience levels, and to share with them the power and potential of 3D printing and the digital thread. Though we regularly interact with those that are 3D literate, we are extremely excited to share digital literacy with the rest of the world to prepare future generations for the future of making. 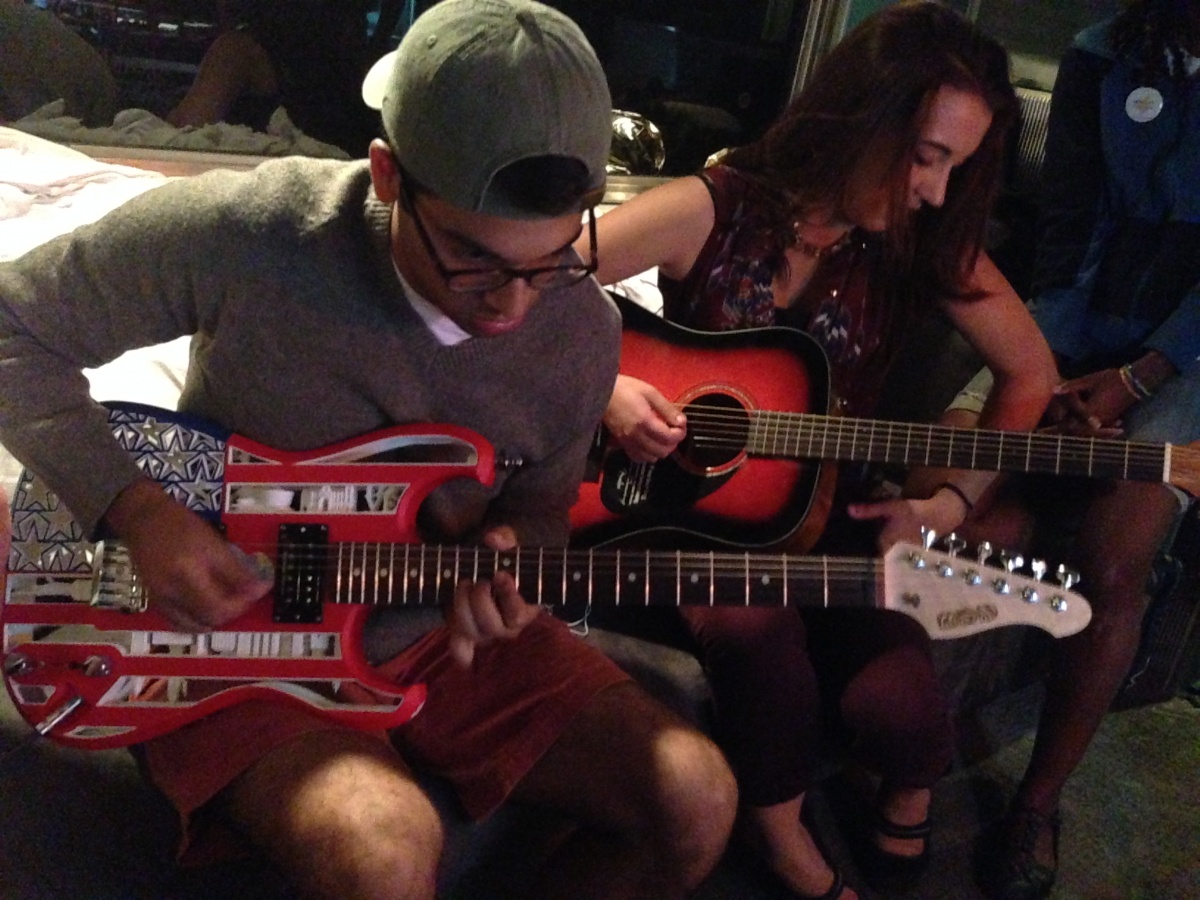 Clarence and Carl Aguirre were born as conjoined twins, united at the top of the head. A decade ago they were separated over the course of several complex surgeries that had to navigate and negotiate critical blood vessels. These surgeries took careful planning to determine safest and most efficient operation, which was achieved through the use of SLA 3D printed models of the boys’ heads. This year Clarence and Carl celebrated their 10th birthdays thanks to this landmark, 3D-enabled surgery. 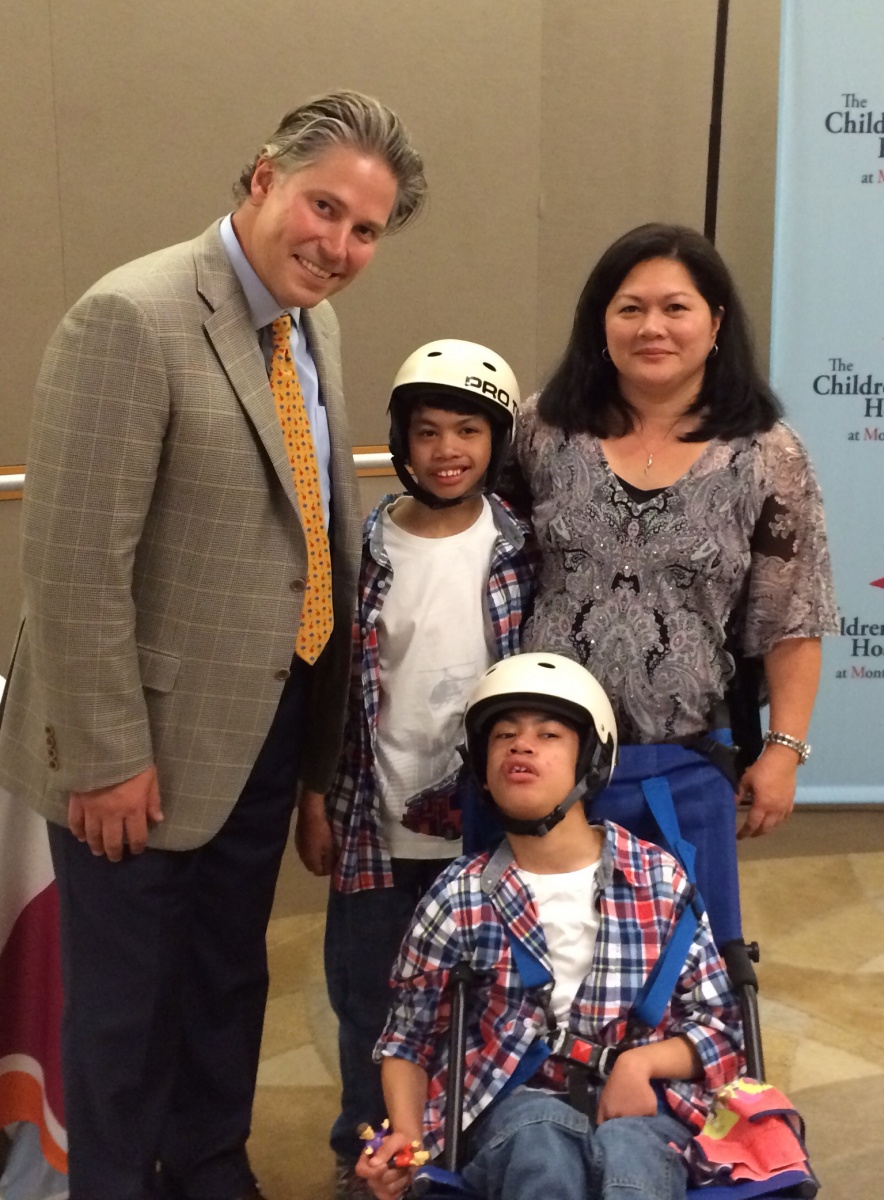 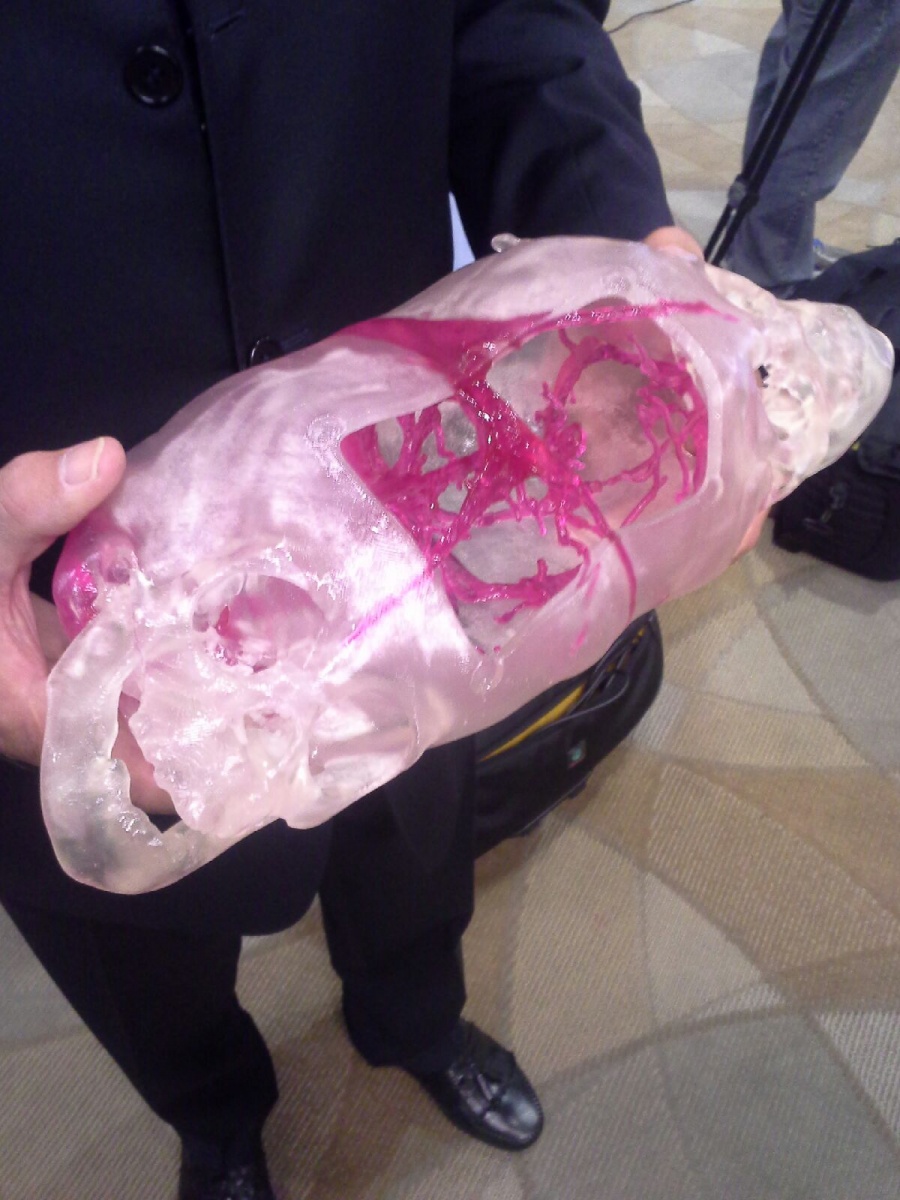 From homemade robotic hands and customized exoskeletal suits to scoliosis braces designed with body image in mind, 3D printing proved its expanding place in the field of medicine in 2014. Our favorite stories include Amanda Boxtel, who was left paralyzed for 22 years after a skiing accident, and who this year regained her mobility through a collaboration between 3DS and Ekso Bionics. In February we announced the first-ever 3D printed hybrid robotic exoskeleton suit, 3D scanned and printed to fit the unique contours of Amanda’s thighs, shins and spine. Sophisticated mechanical actuators and controls by Ekso Bionics were then integrated with the more fluid 3D printed components, giving Amanda a one-of-a-kind fit and a one-of-a-kind restoration. One-of-a-kind for now. The promise of this advancement is almost too obvious to state. 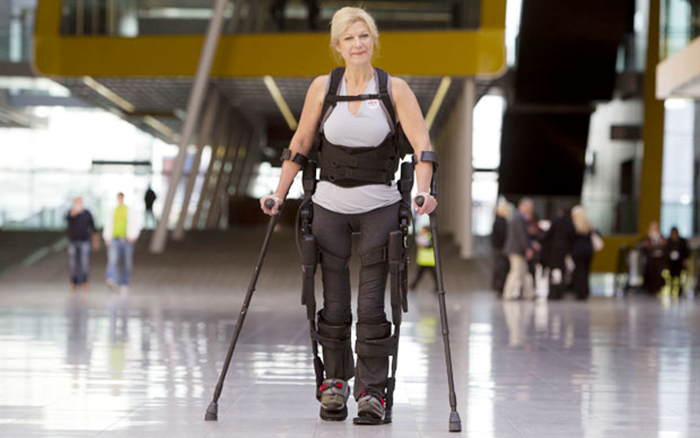 Derby the dog stole hearts and minds this year with his story of regained mobility through 3D printing. Born with malformed front paws, Derby’s condition made it difficult for him to run and play. After an interim attempt to get Derby up and running with a cart mechanism, he was outfitted with custom 3D printed prosthetics that conformed to his unique shape. With his new front legs, Derby is now able to run for miles alongside his owners and is happier than ever. From our perspective, Derby’s case is what 3D printing is all about; it perfectly highlights the power of 3D printing and demonstrates how we can take a critical need, develop ideas for a solution, and make those ideas happen. We are delighted to help change the world one paw at a time.

As this list demonstrates, we are moving past adopting 3D technology and into an era of integrating and perfecting its usage. As we do, we are finding ways to vastly improve every part of our lives. In 2015, our capabilities, astonishment and appreciation for this technology will only grow in scope and importance.

Excited? We sure are. What were your favorite 3D printing moments from 2014?