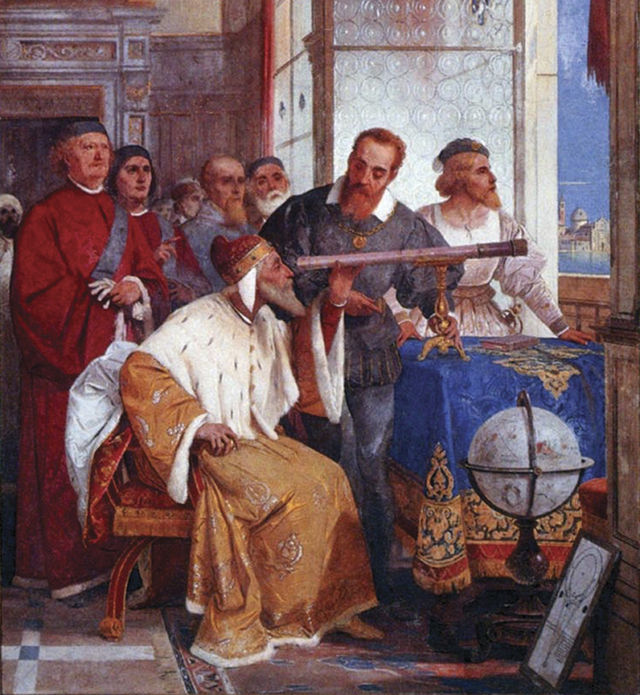 Some of you delightful readers may already be familiar with me from the Twitterverse, but I am now branching out as a guest 3D scanning correspondent for different industry blogs, starting with 3D Systems, the creators of my preferred method of quick 3D capturing, the Sense scanner.

All things scanning trace their lineage back to optics, the branch of physics that deals with light. And all things optics trace their lineage back to the Renaissance. 400 to 500 years ago, a lot of smart and creative people starting discovering and experimenting with new materials and began interacting with the world in ways no one ever had before (sounds a lot like the new 3D revolution, doesn’t it?). One of these people was the Italian designer and inventor Galileo Galilei.

Today, 405 years ago (that would be 1609 for those of you not doing the math), Galileo first revealed his invention of the telescope. This was one of the first applications of the optical sciences and laid the groundwork for the entire field. Out of the telescope came the microscope, the eyeglass, and all their higher-tech iterations, from scanning electron microscopes that can resolve details at the sub-micron level, to sensors that can see in the infra-red spectrum -- much like the sensors that give 3D vision to devices like the Structure, Kinect and Sense.

To commemorate this momentous anniversary, I have designed a telescope of my own. This design is very much like Galileo’s original; the one major difference is that mine is designed for 3D printing (which I’m sure Galileo would have loved to have in the early 1600s). While it does not come with lenses for magnification, it does have telescoping action, and once printed, can unfold to 4 times its 3D printed height. If you do happen to have lenses lying around (look for convex), you can attach them to the telescope design and look to the sky exactly as Galileo would have done over 400 years ago… if Galileo had a 3D printer.