As reported by BBC News today, a successful facial reconstruction surgery of patient Stephen Power was enabled by 3D printing and design software at every step of the process.

Using 3D Systems Geomagic Freeform software, custom-built implant and surgical guide designs were created by the team of surgeons and designers at CARTIS (Centre for Applied Reconstructive Surgery) in Cardiff, Wales. Using the patient’s own CT scan data the team also practiced in a virtual space how to move the bone fragments. 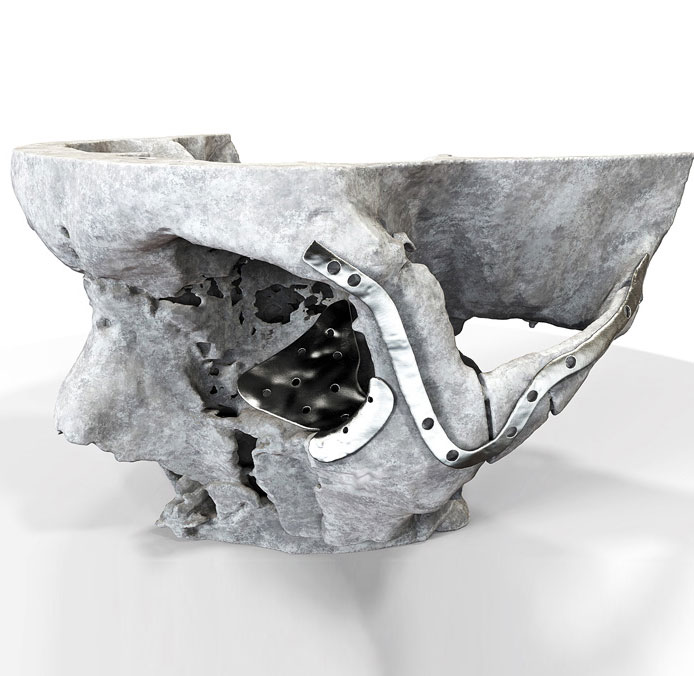 (Image above, the surgical guides and implant designs created on the patient's own skull data, using Geomagic Freeform.)

An aim of the Centre is to propel surgical procedures into more accurate surgery, with better and faster outcomes. In the case of Stephen Power, the reconstruction has been remarkable, even immediately after the surgery was completed. 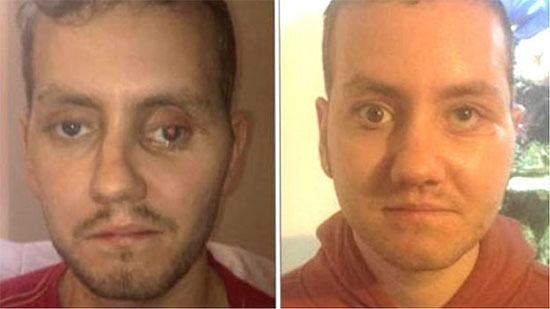 (Image above: Source: BBC. Power's appearance before and immediately after surgery)

Adrian Sugar, Consultant Cleft and Maxillofacial Surgeon, said in a recent case study by 3D Systems, “[This] is changing the way we approach surgery and is significantly reducing surgery times.” In the BBC interview he states that results of the surgery "are in a different league than anything we've ever done before."

View and read the BBC News broadcast on this surgery