You may have heard that British archaeologists have unearthed the remains of Richard III, the king of England from 1483 until his death in battle in 1485. But what you may not know is that Geomagic Freeform played a key role in showing the world what the last king of the House of York looked like.

Today the Richard III Society unveiled a facial reconstruction based on the complete skull of Richard III, which was found beneath a parking lot in Leicester, England. Along with the skull, the excavation unearthed a number of skeletal features, including a very curved spine that corresponds with one of the most frequent descriptors of Richard III: hunchbacked. DNA tests confirmed that it was indeed Richard III's remains.

After unearthing the remains, Caroline Wilkinson, Professor of Craniofacial Identification at the University of Dundee, guided the facial reconstruction project. The team used Geomagic Freeform and CT scans of the monarch's skull to digitally sculpt his facial features. Freeform's digital workflow and intuitive modeling platform allowed them to efficiently complete the project and do so with a great degree (often 2mm) of accuracy. And the results are quite stunning. 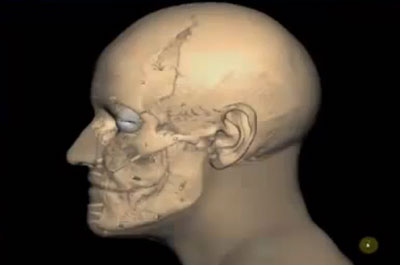 Video of the entire digital reconstruction of the king's face can be seen here: