The Metropolitan Museum of Art is one of New York’s most prized cultural institutions. In addition to its elegant exhibits, the MET offers countless community events and programs. This past summer, the history of the MET merged with the technology of the future, as 3D Systems partnered with the museum to deliver a unique and cross-disciplinary teen program, powered by the Cube 3D printer and Cubify Sculpt software.

Ten teens were selected from a group of applicants, and they spent the week exploring both the MET’s collection and 3D Systems’ 3D printing hardware and software. Next, the teens were set loose in pairs to let their imagination and creativity run wild. 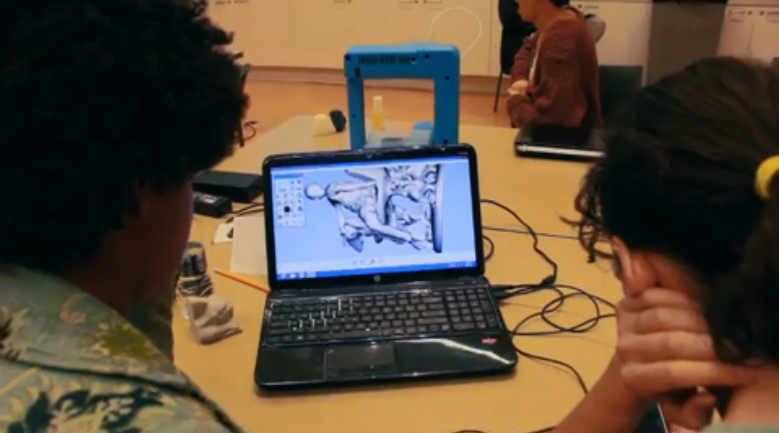 After several curator-guided gallery walkthroughs, the teens took 40 to 60 photos of their favorite sculptures from all angles and uploaded the photos to Cubify Capture, which generated a 3D model from which they could build or harvest parts. Once they opened this file in Cubify Sculpt, the fun really began. The teens mashed up features from different exhibits to create their own unique piece, and along the way they learned more about 3D design and the structural considerations that are necessary for a successful model.

With little to no experience in 3D printing or design, the teens were surprised and excited by how much they were able to accomplish in a short period. Because Cubify Sculpt treats design material like virtual clay, the teens said it was also oddly familiar and intuitive.

To learn more about the teens' experience this summer, check out this video by the MET!