Over the past eight to nine years, we have watched, and used, various devices to capture wondrous speckled objects known as point clouds. From continuous contact styli on a CMM, tracing row upon row of equally spaced dots, to elementary laser scanners providing hundred of thousands of points reflected back to CCD cameras, resulting in a"close enough" 3D characterization of the scanned object.

Enter Geomagic Qualify and its big brother, Geomagic Studio, and we had software that could help us actually do something with this data other than marvel at what we had done.

For a while, we were satisfied, as these were the only methods available. The capture device manufacturers were responsive to our needs, with better focus, density of points, and a lessening of the degree of uncertainty as to the precise location of the referenced points. By placing these refined capture scanners on moveable arms, that opened us up to measuring those items that could not be moved to a fixed scanning location, while keeping an acceptable level of accuracy. All was good.

Oh, except for those pesky laws of optics, that kept us from bending light around corners to capture those under cuts, deep holes or surfaces hidden from a direct line that the laser could not see. Studio allowed us to convert the scan to polygons, and use some pretty fancy algorithms to fill in the resulting holes. Again, good enough for many applications. But personally I was always leery of accepting those repairs as not being exactly what the part really looked like.
Enter (sounds of trumpets) Computed Tomography, or CT for short. This has been a late-developing technology that has now found it's way into our 3D Imaging world.

Introduced a scant few years ago in 1972 by Hounsfield and Cormack, winning them a Nobel Prize, CT opened up a complete new world in the field of medicine.

A CAT scan no longer involved taking a feline by the tail and swinging it about the room, but a new way of seeing inside things (read,"us"). Early CT scans were ok for penetrating a measly sack of water and bones, but not ready for industrial use. Not only was there not enough power, but the state of PCs was not up to the task of compiling the volumes of data required to reconstruct the acquired points into a usable object. I watched and monitored this and have found over the last three to four years, we now have a new tools and enough processing power on our desktop to make good use of this in our world.

Don't confuse that donut shaped CT unit down at the local hospital with industrial CT. An accuracy of +/- .005 may be ok for your neurologist, but not for some of us in the 3D Imaging world. 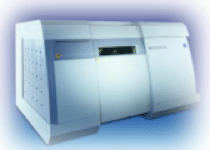 Not to mention that some of us need to penetrate 3" of steel, see the innards, and then continue through the other side, all within a resolution of sub 11 micron level. And those"holes"; no longer a problem. It seems CT has the ability to see' all surfaces, with nothing having the ability to hide. As a result, we have the virtually perfect 100% capture of the object. With power ratings from 225 KV up to 1MV systems, there is not much that cannot be fully investigated using CT. 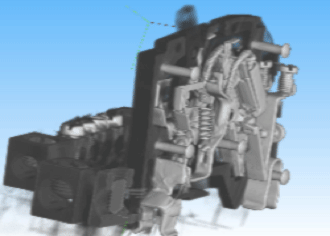 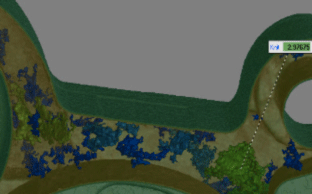 The most exciting additional is the ability to see a completely enclosed dynamic assembly, turn off certain components, and observe the relationship of all the parts inside, enabling us to verify our tolerance analyses. Funny how parts don't always function in how we predicted they would, huh? Anyway, there are very good metrology software sets that are paired with modern industrial CT systems that allow for accurate measurements of all components in place while under load. 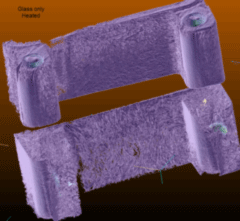 Don't stop there. There is more!

Parts sometimes fail not due to geometry (ask any designer, toolmaker, or engineer; they make perfect parts!) but something happened while processing the raw material used to fabricate the part, but cannot be seen or measured from the outside. Porosity, hardness, glass fiber orientation, or other internal structural deficiencies can easily be seen and quantified using the correct software with a good CT scan.

The past year I have seen CT systems that sit atop a desktop, and can give the user amazing results. Yes, the prices are high, with the volume of the object and materials that can be processed determining the price, but what emerging technology did not start out expensive? I see pricing dropping as more suppliers come online and the competition increases. The value of rapidly having a completely surfaced scan, combined with all the internal structural data easily offsets the initial investment. 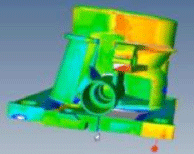 On the software side, I've had good experience using Geomagic Qualify, both with traditional scanning and CT data. Of course, with the advancement of CT technology, there are things I'd like to see added to the software in the future, and rest assured I've already given my requests to Geomagic.

With this, we are but a hop, skip, and a step from having a completely automated inspection system.

Welcome to the new sheriff.