Last Thursday, October 13th, Geomagic returned to the Motor City to host its latest installment of the Geomagic Partners Roadshow to a packed house. Tom Kurke, our COO, shares his experience at the event, and why we are so passionate about Detroit.I really enjoy the spirit and the people of the Motor City.

While you can knock folks from the Motor City down, they are certainly not out. Couple that hard working attitude with mid-western kindness and self-reliance and you have a combination that is poised for an ultimate come back. I arrived into Detroit on the night before the event just in time to rush out to Garden City High School to see my niece, Minta Whitaker, and her Cougars volleyball team win their volleyball match 3-0. For those of you who might be college recruiters out there, Minta, as a junior, is already one heck of a volleyball, basketball and track athlete - http://www.maxpreps.com/high-schools/garden-city-cougars-(garden-city,mi)/volleyball/stats.htm

Geomagic held the Detroit Partner Road Show at the Hyatt in Dearborn - a really impressive event hotel - with the substantial added benefit of being right around the corner to the Ford Motor Company building that has the nickname of the"Glass House". 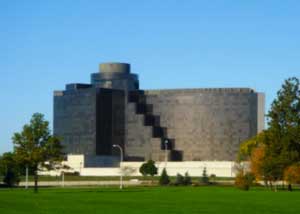 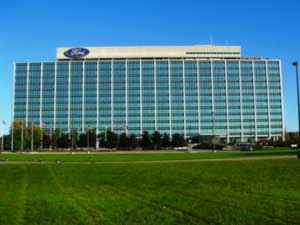 The partner event was exceptionally well attended and we had a packed house - the Geomagic"traveling" crew was there (Gina, Len, Kevin and John) but we were also joined by Corey Mayeda, our Regional Manager based in our new office at 39555 Orchard Hill Place, Suite 600, Novi, MI as well as Nick Chwalek, our seasoned Geomagic veteran who is based out of Raleigh (but as he says, lives in a plane!).

We were also fortunate to have John Alpine (our new VP of Engineering) and Mike Facello, our Director of R&D travel to participate in the meeting as well - adding more context to our future development directions and having a chance to interact 1:1 with our partners to better understand their needs. 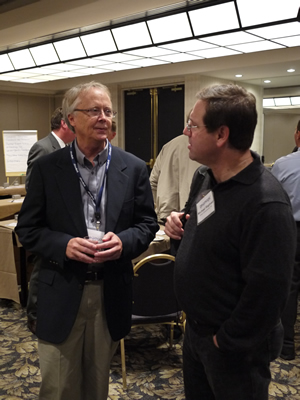 After a long day in the conference room oh what a night we had planned for the partners! Gina arranged for us to have our very own Suite at the Joe Louis arena to watch the Detroit Red Wings play the Vancouver Canucks.

OK, it was a sweet suite. Didn't hurt of course that after slow start the Red Wings pulled out a shut-out and won 2-0. We go to the suite early enough to watch the Detroit Tigers win against the Rangers to keep their season alive; later in the evening it turns out that several Tigers were in the suite next to us! 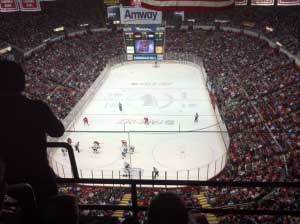 Our view from the suite

As I was getting ready to leave Detroit on Friday to fly back to Raleigh, I saw tons of people in Michigan and Spartans (Michigan State) football gear, no doubt getting ready for the big rivalry game on Saturday. Hockey, football and partners, doesn't get much better than that.

Already looking forward to the next event!